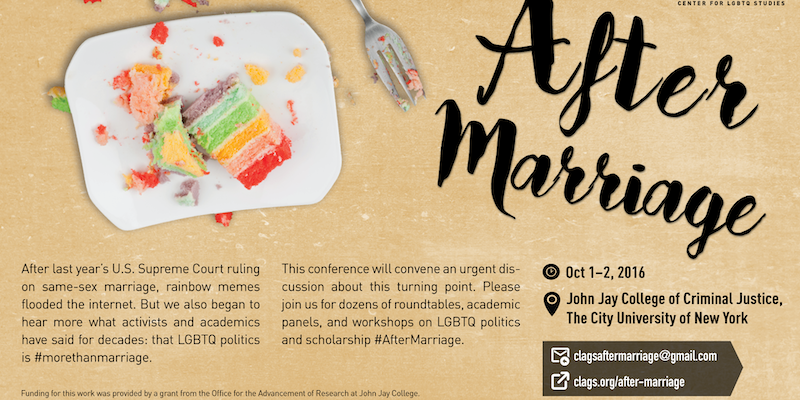 Raha presented at the CUNY Center for Lesbian and Gay Studies (CLAGS) conference, “After Marriage: The Future of LGBTQ Politics and Scholarship,” on Sunday, October 2, 2016 at 9am at John Jay College.

During the “Transnational Issues in LGBTQ Politics” session, Raha members delivered a collaborative piece titled “After Marriage, Redefining Freedom in the Crosshairs of Empire and Dictatorship: Observations towards a new politics of sexuality.”